After experiencing the NBA storm, Shandong Tavol Cranes Group, as the president of the Tai’an  Electronic Commerce Association, decided to organize a basketball game. With the purpose of enhancing the physical fitness of our colleagues, showing our patriotic enthusiasm and confidence in Chinese basketball. 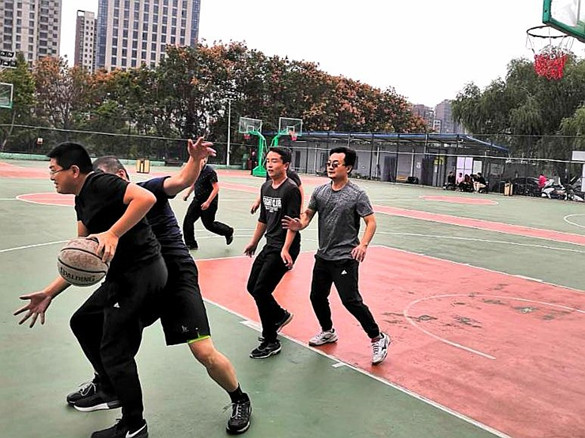 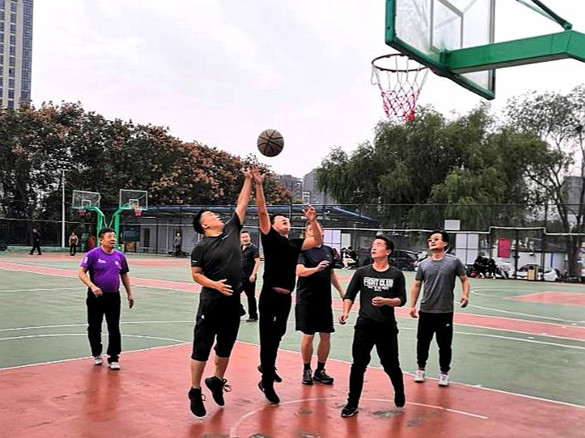 We had a positive preparation before the game. The company specially took out the afternoon for a month of training, so that the elites who are buried in the crane sales can show their strengths.  And in the company selected the best player 6 to form the TAVOL team. They are Mr. Jia Luhua, the President of Tavol Cranes Group, Jack Jia, the deputy general manager of crane production and sales, Mr. Li Ming, who is responsible for the company's freight elevator and scissor platform, and the company's competent executives Sam Ma, Bob Zhang, and Adam Lang. They are the best among the many colleagues who love basketball. As an outstanding company committed to creating customers with perfect products, the Tavol Group has been on the road to perfecting itself. Even for basketball as an entertainment project, in order to be able to produce good results, we also strictly treat each training and strive to create the best team in Tainan.

We encountered a lot of setbacks in the training. In recent days, the weather is very good and there are more and more people playing. In order to find a good course, we will leave early and play as many friendly matches as possible with the outside team. Some colleagues have to respond because of the inquiry of the crane customer. I can't concentrate on playing. Some colleagues need to contact the installation team because of the installation of the freight elevator. Some of the colleagues' forklift customers suddenly call and add orders. These situations can't be delayed. We use the alternate team members to replace the training and insist on training. Once Adam Lang accidentally sprained his ankle, but seeing the untiring enthusiasm of his colleagues, he still insisted on training and did not delay the team to retreat.

The basketball game will be held on the Saturday afternoon of October 12th at the Taian Sports Center. The TAVOL team is under the leadership of Mr. Jia Luhua. Our orderly formation, good match, Bob Zhang, who is the main rebounder, and Adam Lang from time to time pass the ball to the scoring main force Mr. Jia Luhua and Mr. JACK Jia. There is a tacit understanding between them. Because of the lack of training, Li’s team members only had the power to parry. There was no way to stop the effective counterattack. After being scored 3 goals, morale declined. The TAVOL team finally defeated the opponent with a 6:1 effort. Next is the team of TAVOL team against Zhang. The two strong teams played an unprecedented game. President Wang and General Li cheered for the two teams in the game. At the beginning of the game, Zhang’s team members couldn’t wait to attack and score the next point. The TAVOL team steadily grasped the situation and organized the formation. Mr. JACK came to the three-point position in the outer circle. After Bob Zhang got the rebound, he quickly returned. After receiving the pass, Mr. JACK did not expect to score and scored. Lee is always a strength player. As the team's main striker, it is great to control the ball or pitch. At this time, Adam Lang, who is also a power type, came to block, Adam Lang’s basic skills were solid, and Li was prevented from being in the basket. Li could only pass the ball to his companions, but Mr. Jia Luhua suddenly came to the front and stopped the pass. And quickly shot and won a point. In this tense atmosphere, the TAVOL team finally won the game with 6:5.

The TAVOL team, as the president's game, won the victory by defeating all opponents with its own strength. After the game, Mr. Jia Luhua had a close exchange with all the participating players and had a meal at the Wangshan Hotel. As a bonus, the participating TAVOL team members receive a 1% order discount opportunity in October, they can return it to the customer, and can also be used as their own bonus. So in the next cooperation, do you want to get this 1% discount?if so welcome contact us.